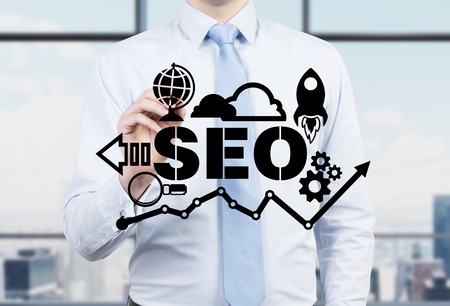 Many webmasters noticed sizable movements in SERPs over the last couple of months, especially around the beginning of May. There was a lot of speculation as to what those might be, but the search giant Google has now confirmed that they are due to core updates in their algorithm. This is after a lot of speculation that it may have been another update like Panda, which was not an algorithm update. Given the recent algorithm update for mobile, many webmasters downplayed another major change, but they were wrong.

The new update, which focuses more on quality, adds and refines a number of quality assessments in the algorithm’s search for website authority. These factors allow Google to better determine which sites are of quality and more relevant to users. Given that it is a new update, it may take some time before search engine optimization folks can crack the code so-to-speak. The information is undoubtedly very important for millions of websites around the world, but Google as usual will not comment on it because they do not want people knowing what it is and deliberately trying to game the system for an unfair advantage in their own rankings. It will surely take some experimentation before webmasters figure out what is going on.

In order to do this on an individual level, webmasters can take a look at their own websites and see how they are doing in rankings compared to how they were before the update. By doing this they may be able to form certain patterns on what is doing well and what isn’t- what dipped after the update and what stayed the same or soared. There is some speculation that how-to type of sites got hurt especially, but then at the same time some of them were helped by it.

If your website has stayed relatively the same or improved, this is probably not something to worry about, but if it is was hurt sizable, it may be time to try experimenting, especially with getting rid of things that Google or a user may deem of low quality. Check out some guides on creating high quality content which you can add to your site and might help. Also, make sure to keep your off-site SEO practices clean. There are also a number of outlines and posts on the Google blog and on other Google websites that specifically discuss what the search engine considers quality, so those are good places to start as well.

As we have noticed over the past couple of years, the search giant seems to be more and more secretive about when and what updates it rolls out. And it makes sense given that keeping it secret allows them to thwart blackhatters and webmasters who try to game the system. Moving forward expect more updates that focus on quality and that are unannounced and not talked about officially. Your best long term hedge against getting hit will likely be creating websites that are useful and easy to use for visitors.