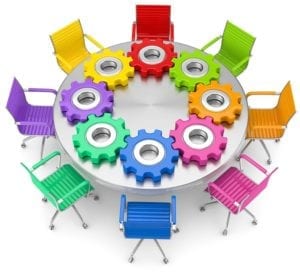 Teamwork is one of the special cases of delegation of authority and responsibility. In the conditions of traditional structure, the task and related powers are assigned to the owner of the workplace. The combined competence of the members of the group must ensure the solution of tasks and the achievement of goals, which are determined by the range of powers assigned to the team.

The team can consist of employees of one or different levels and divisions of the company. During the period of work in the team, all its members have equal rights and fulfill the duties arising from the goals and tasks of the team. To work in a team, it does not matter what position the employee occupies in the enterprise. Within the team, all employees have equal positions.

The rights and duties of the team members serve, on the one hand, as the basis for organizing the work within the team, and on the other, the basis for assessing the participants’ abilities in this form of work.

Responsibilities of a team member

Of the listed responsibilities, the rights of a team member follow.