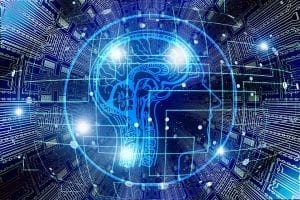 DeepMind, a Google-related company, is working on advanced artificial intelligence technologies. She is one of the few who sees the threat associated with the development of AI.

Recently, artificial intelligence and threats that we face are very often discussed in the media when we do not adhere to certain rules, both when creating and developing AI, as well as in various systems.

It turns out that this threat is perceived not only by famous personalities from the world of technology and science: such as Elon Musk, Bill Gates and Jeff Bezos, but more and more often people who themselves are actively involved in the creation of AI.

The last speaker was Demis Hassabis, head of the leading UK AI company DeepMind, owned by Google / Alphabet. His engineers are pioneers in the development of artificial intelligence systems. They created the AlphaGo bot, which recently easily defeated the best players in the Go game, which caused a stir around the world.

Demis Hassabis said at a meeting at University College London that he sees the great potential of AI, because with his help we can make innovative scientific discoveries.

“Artificial intelligence is an amazing tool for accelerating scientific discoveries. I believe that this will be one of the most useful technologies developed by mankind in its history, ”said the head of DeepMind.

However, he also sees many problems and threats in the field of AI development. “There are many interesting and complex philosophical questions. Soon we will need to answer questions about how to manage these systems, what values they implement, how we want to realize them and what we want to achieve, ”added Demis Hassabis.

The head of DeepMind, like other people associated with the world of advanced technology, is a supporter of the relevant rules related to AI, and his team has always worked on ethical principles. However, he does not want the rules to block the progress of work on artificial intelligence.

In a speech at a British university, he also said that people need to determine whether artificial intelligence will be the pride of mankind or a curse.

“There is a risk associated with AI. All this will depend on how we, as a society, decide to develop these technologies. Later we will see whether they will bring good or bad results, ”said the head of DeepMind.