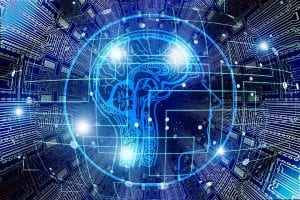 Facebook founder Mark Zuckerberg beat investor Warren Buffett, taking third place in the list of the world’s richest people. In front of him, only Jeff Bezos of Amazon and Bill Gates of Microsoft.

Thus, the entire first world triad of billionaires for today are figures of the high-tech industry. To date, according to the Bloomberg index, entrepreneurs in the IT industry own about a fifth of the total capital of the 500 richest people on Earth, which exceeds the proportion in the index of entrepreneurs employed in any other sphere.

In the top three, Zuckerberg was the result of a rise in price of 2.4 percent of shares in Facebook, whose price broke through Friday’s historic high. The state of the 34-year-old Zuckerberg reached $ 81.6 billion, which is $ 373 million more than the 87-year-old Buffett, head of the conglomerate Berkhsire Hathaway. Because of the scandal surrounding the use of the Facebook platform by Russian hackers in the run-up to the last presidential elections in the US, the company’s shares fell sharply in March, but the continued confidence of market participants allowed it to win back losses.

Warren Buffett, once the richest man in the world, began to lose rating in 2006 after he launched a large-scale philanthropic activity. Since then, he has transferred 290 million shares of Berkshire Hathaway to various charitable organizations, primarily the Bill and Melinda Gates Foundation. The cost of these shares exceeded $ 50 billion at the moment. Mark Zuckerberg promised to give 99 percent of his fortune to charity throughout his life.